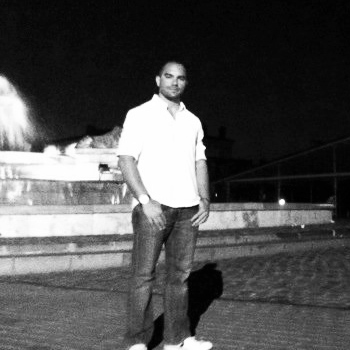 Nicholas Sheldon was born and raised in Northern California and studied television production and sociology at Pepperdine University in Malibu.

Originally an aspiring sports broadcaster, Sheldon developed his appreciation for the creative process as a producer and editor early into his studies at Pepperdine. He is credited with creating the first-ever reality show in the school’s history in RIPTIDE TV and was also recognized with numerous awards for his work on various projects.

During his senior year, Sheldon mentored under former NBC West Coast President Don Ohlmeyer and produced and edited A Legend of Television, a documentary chronicling the career of acclaimed sports broadcaster Al Michaels. Sheldon also received the distinctive honor of graduating at the top of his respective major in 2004.

Following his time at Pepperdine, Sheldon got his start working small jobs in reality television and later accepted a vault position in commercial production at Tool of North America in Santa Monica. While at Tool, Sheldon deepened his understanding of the production process and turned his focus to becoming a professional film and television editor.

In the summer of 2007, Sheldon’s technical expertise and exceptional editing skills landed him a position at the NFL Network in Culver City as a freelance video editor. Within months of being hired, Sheldon quickly became one of the most reliable editors on the company’s roster, cutting media for nearly all of the channel’s programs during his first year. As a result, he was given the opportunity to edit the opening sequences for the network’s presentation of NFL Thursday Night Football, as well as independently produce and edit material for the network’s annual coverage of the Super Bowl. Sheldon also received a 2009 Sports Emmy Award nomination for his work as an editor on “Pilobolus,” the opening sequence for the NFL Network’s presentation of Saturday Night Football.

Most recently, Sheldon is creating video content for NASCAR driver Jeffrey Earnhardt and his sponsor Xtreme Concepts, including producing and editing a television pilot for a potential episodic series. Sheldon is also independently writing, producing, and hosting DOCUMENT 49: The Rise, Fall, and Rebirth of the San Francisco 49ers, a narrative podcast series detailing the recent history of one of the NFL’s most renowned franchises.

Sheldon is known by his peers for crafting heartfelt, emotionally moving work as an editor. Sheldon now lives and works out of Santa Monica, California with his rescue dog Bean.